I am a Ph.D. student at the University of Nebraska-Lincoln. My research areas of interest include political psychology, biopolitics, American politics, and gender and politics.

Thank you for taking an interest in my research.  Below you will find a list of conference presentations for the year 2020.

Here we examine emotional self-regulation and the degree to which it correlates with threat sensitivity and prejudicial attitudes.

Here we will discuss the difference between stress and anxiety and present our case that researchers should be mindful not to conflate the these two distinct concepts, especially within the context of the political environment.

Thank you for taking an interest in my research.  This post will feature my 2019 conference and workshop presentations.  It looks like 2019 is shaping up to be a busy year for conferences.

Abstract:  At the height of the #MeToo movement, a spotlight was placed on sexism in America and women’s status in society was called into question. Often, the status of women and other minority groups falls along ideological cleavages, wherein liberals are often seen as advancing minority rights while conservatives uphold the status quo. In this study we examine the role of ideology in how individuals perceive that men and women are different in some fundamental way. The endorsement of gender stereotypes and the causal attributions made based upon these stereotypes provides a unique window through which sexism can be examined. In this study we find that conservatives are more likely than liberals to say that gender differences exist on a number of stereotypical traits. Overall, conservatives are more likely to endorse genetic explanations for differences between men and women. These attributions align with existing political and social narratives surrounding the role of women in the home and society. Finally, we find that hostile sexism mediates the relationship between ideology and genetic attributions. It is likely that attributing gender differences to genetic factors is a mechanism used to bolster ones’ preexisting political narrative

Abstract:  Negative partisanship, the idea that partisanship can be anchored in intense dislike of an opposing party rather than a strong commitment to the party actually supported, has been offered as one explanation for increasing political polarization. We seek to investigate the basis of negative partisanship by hypothesizing this is a trait based in implicit, emotional responses to ideological outgroup stimuli. To do this we examine how individuals physiologically respond to a series of videos that alternate between attacking their partisan in-group and attacking their partisan out-group. We hypothesize that individuals with stronger implicit emotional responses (as measured by electro-dermal activity) to negative partisan appeals embedded in these videos are more likely to, (a) self-report a higher dislike of out-group compared to in-group partisan support, and (b) are more likely to support the use of political violence to achieve in-group partisan goals.

Abstract:  With no shortage of virulence from both Republican and Democratic news sources, we examine the degree to which highly-charged, partisan media messages impact citizens’ physical and psychological stress levels.  This study examines citizens’ physiological and neuroendocrine stress responses to attitudinal and counterattitudinal televised media messages.  Employing traditional physiological measures of sympathetic nervous system response (skin conductance) we extend current research to include salivary bioscientific measures of the full human stress response.  The salivary biomarker alpha-amylase provides a neuroendocrine measure of sympathetic nervous system activity and the salivary biomarker cortisol provides a measure of HPA-axis activity.  We discuss the future directions for salivary bioscientific measures of political stress.   Finally, we present the possibility that the stress response may be driving an individual’s desire to self-select attitudinal media messages (confirmation bias) and stay comfortably within his or her own echo chamber.

Abstract:   Since 2016, Democrats have been criticized for and complained about their leadership and prominent candidates – particularly Hillary Clinton and Nancy Pelosi. While Al Gore, John Kerry, and even Bill Clinton have either continued in politics or led very public lives as post-presidential candidates, Hillary Clinton has been told to “find a hobby,” and Democrats urged by outlets like Politico to think on “How do you solve a problem like Hillary?” Concurrently, Nancy Pelosi is widely criticized for her political positions, leadership skills, and even age while her Senatorial counterpart Chuck Schumer receives far fewer calls for his replacement. Any criticism of sexism is met with disdain, and we think this is due to Democrats’ perceived social desirability of eschewing sexism, which will not be uncovered by survey data alone. Using electrodermal response and survey data collected from a midwestern adult sample in 2010, we collected self-reported ratings and non-conscious physiological responses to a variety of American politicians, including then Secretary of State Hillary Clinton and Speaker of the House Nancy Pelosi. Our findings reveal that individuals respond to prominent male and female politicians differently, and that Democratic men, in particular, issue negative self-reported ratings of both Pelosi and Hillary Clinton. As a follow up, we issued a keypress task to a student sample in 2018 (and plan to administer an adult sample in spring 2019) to examine the amount of effort (number of key presses) individuals are willing to exert to maintain or remove political images, including those of Hillary Clinton, Nancy Pelosi, Bernie Sanders, and Barack Obama. We find that Democratic individuals were more likely to exert effort to maintain images of Barack Obama and Bernie Sanders than they were for Hillary Clinton and Nancy Pelosi. These physiological and behavioral results demonstrate that favorability rating disparities by gender may be deep-seated.

Thank you for taking an interest in my research.  This page is designed to give you a quick overview of some of my 2018 conference presentations.  If you have any questions, please do not hesitate to ask.

Title:  I Don’t Want to See You Any More:  Efforts to Prolong or Shorten Exposure to Political Stimuli
Authors:  Clarisse Warren, Stephen Schneider, Kevin B. Smith, and John R. Hibbing

Abstract:  How much effort are people willing to expend in order to maximize or minimize their exposure to politicians and causes they either find favorable or unfavorable? In this paper, we present a measure of political effort, which has previously not been applied within the political domain: a keypress task. Using this keypress task and a sample of undergraduate students at a midwestern university, we examine the amount of effort (number of key presses) individuals are willing to exert to maintain or remove political and non-political images. Previous research has provided evidence of a negativity bias, such that we find support for our hypothesis that individuals will work harder to get rid of negative images than they will to keep up positive images. Given the polarized nature of American politics, we expected that patterns of effort for political stimuli would parallel patterns of effort for non-political stimuli. We found that partisans were more willing to exert effort to maintain images of politicians from their same party and remove politicians of the opposing party. Finally, we provide evidence that participant political extremity moderates the relationship between ideology and effort exerted during the keypress task when it comes to political figures. This keypress task provides researchers with a unique tool to measure political effort, apart from more conventional methods of self-report or observation.

Title:  If there’s no party, should I try if I want to?:  A Natural Experiment Examining
Female Candidates in Nonpartisan State Legislative Elections in Nebraska and Minnesota
Author:  Clarisse Warren

Abstract:   Previous studies have produced conflicting evidence on the effects of electoral structures on the success of female candidates. Using a unique data set covering state legislative election outcomes from 1960 to 2016 in Nebraska and Minnesota, I examine whether female candidates have differential electoral success in the absence of party identification cues. The comparison of Nebraska’s nonpartisan unicameral races and Minnesota’s transition from nonpartisan to partisan elections provides a natural experiment to examine the role of partisanship in female electoral success. The findings from this study suggest that while fewer women in Nebraska run for state legislative office, those who do run are more likely to win in general elections. In Minnesota, twice as many women run for state senate seats but a smaller percentage of women who run are elected – suggesting that partisanship more than gender plays a role in electoral outcomes.  These findings suggest that the absence of party identification does not disadvantage female candidates at the state legislative level and, in fact, that female candidates in Nebraska may have an electoral advantage over their male counterparts. 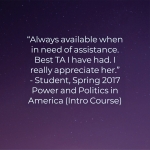 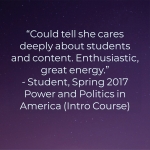 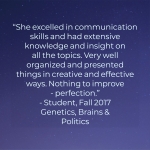 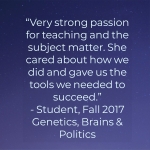 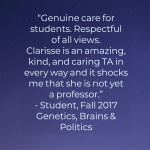 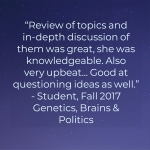 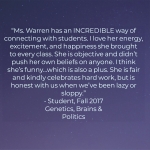 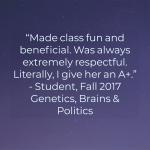 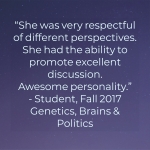